This category is open to companies and organisations within the construction, engineering & housing sectors.

There are people from many different backgrounds who are blazing a trail in the construction, engineering or housing industry and we are looking for those role models, who are sharing their stories and highlighting how rewarding a career in the built environment can be, regardless of gender, race, religion, sexual orientation, age, disability, culture or other irrelevant difference.

Is your candidate one of them? Are they someone who has had a non-traditional route into the sector? Were they told that they wouldn’t succeed? Are they achieving things that they never thought were possible? If your candidate is acting as a shining light attracting people from similar diverse backgrounds, then we want to hear about them.

You may nominate the same individual under multiple categories, but a separate nomination form must be completed for each category 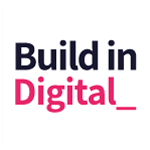